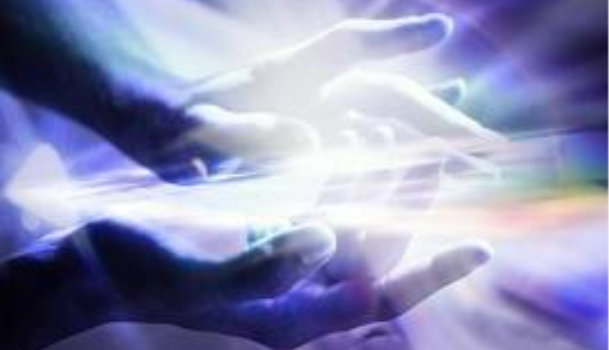 Wherever possible at Crystal Heart Psychics we will bring the science to the spiritual.

A lot of science is the study of what already exists and why it is out there. It is my belief (Caroline of Crystal Heart psychics), that everything has an electrical frequency and crystals are certainly part of that.
Whilst meditating with a crystal and certainly working as a healer, these crystals assist in enhancing your own energy field and that is why there are so many crystals out there, for varying different energies that are needed at one time.

So how does a crystal vibrate, for this we go back to science lessons and you probably remember studying the three states of matter, which are solid, liquid, and gas.

Water is one of the easiest ways to vividly portray the states of matter.
When we drink it, it is in its liquid form, when we freeze it, it becomes a solid, and when you boil it, it’s steam rising from the pot is its gas state.

Simple enough!
Rather obviously, a crystal is a solid.
But here is the interesting difference between a solid and a liquid or gas.
The book I read illustrated this in the most wonderful way: by showing an illustration of a box, and the tiny little atoms, which make up matter, as little balls inside that box.
The “balls” in a box full of gas were quite far apart, and described as having no order. They were chaotic (sounds like our lives at times!), meaning, that they are free to move about randomly, and have little relation to one another except to perhaps bump into each other as they bounce about.
In a liquid form, the same atoms have been compressed tightly together so that their movement is much more constrained, although they are still able to move past one another.
Again, the illustration of water helps us visualise this concept, as you can easily see in pouring water how there is form, yet obvious movement as well.
Now imagine your box full of atoms again, as they would appear in a solid state. The atoms are now so tightly compressed that they cannot move past one another at all. But…they can move!
This is the case with atoms in a solid state. They are constrained within a very orderly system in which there is not enough space between them that they can move by one another. They must stay within their own space. This is described as order.
Yet, even while keeping to this tight order, the little atom is able to move within its own imaginary square, or space.
Which means that atoms within a solid are capable of vibrating, as it were.
It is a phenomenal scientific fact that in the solid forms all around us, while science dictates they cannot be labelled as animate, there is movement within, no matter how small that movement may be.
So the science behind a crystal’s vibration, and perhaps a beginning in understanding how crystals have come to be seen almost as living things.
This, coupled with their breathtaking beauty, has no doubt led some to believe that they must be endowed with real power and special gifts of healing!
The science facts
Atomic motions in molecules and crystals are organised into vibrational modes. In crystals these modes are called phonons (Phonon Wiki). As with molecules, quantum mechanics requires that vibrational energy in a crystal is gained or lost in discrete packets, or quanta, of energy, corresponding to hÎ½, where h is Planck’s constant (6.626×10â€“34 Jâ€¢sec) and Î½ is the frequency of a vibration. In addition, a half-quantum (hÎ½/2) of vibrational energy will be present in each mode even at absolute zero temperature. The quantum-mechanical nature of phonon energy drives isotopic fractionation in crystals, causes discrete infrared absorption bands, and Raman scattering. It also controls superconductivity (when phonons couple with electronic motion), temperature-variable heat capacity, and heat conduction.
Large-wavelength crystal vibrations are routinely measured by infrared and Raman spectroscopy, while shorter wavelength vibrations can usually only be examined with more difficult neutron- or x-ray-scattering techniques. Very little is known about effects of isotopic substitution on vibrational frequencies in crystals, so it is almost always necessary to create force-field models to estimate isotope fractionations.
Â Recent theoretical and computational developments have made it possible to calculate crystal phonon frequencies from first principles, using density functional theory. This page links to some results of calculations made with ABINIT. Another (much more professional-looking) web page showing calculations made with the semi-commercial code CRYSTAL0x can be found here. The WURM project also has a large database of phonon animations.
Caroline of Crystal Heart Psychics â€“ Healing philosophy
It is my belief all living things and solids vibrate at an electrical frequency as a healer I have felt this to many times as it is like static shock, slight tingling, heat in the handsÂ  or pins and needles. I believe eventually science will prove healing is channelling an electrical frequency with very tiny atoms and particles which as a healer and spiritual medium allows us to connect up to the collective consciousness.
I also believe as a psychic and providing psychic readings, our role in society is to assist a person with emotional issues in the mind and release the energy from that emotion/situation which in turn assists a person for want of a better words come to acceptance of past experience which will help them move forward in obtaining the life they desire.
Author â€“ Caroline Crystal Heart PsychicsÂ
Psychic readings, Psychic coaching, Psychic counselling
Where the heart matters

This site uses Akismet to reduce spam. Learn how your comment data is processed.