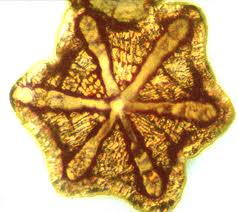 Source – University College London
We thought we would put this on the website – as this is a study on Capture Vibrations of gold nano crystals and felt it was interesting and formative. Published may 2013
A billon-frames-per-second film has captured the vibrations of gold nanocrystals in stunning detail for the first time. The film, which was made using 3D imaging pioneered at the London Centre for Nanotechnology (LCN) at UCL, reveals important information about the composition of gold. The findings are published in the journalÂ (science).
Jesse Clark, from the LCN and lead author of the paper said: “Just as the sound quality of a musical instrument can provide great detail about its construction, so too can the vibrations seen in materials provide important information about their composition and functions.”
“It is absolutely amazing that we are able to capture snapshots of these nanoscale motions and create movies of these processes. This information is crucial to understanding the response of materials after perturbation. ”
Scientists found that the vibrations were unusual because they start off at exactly the same moment everywhere inside the crystal. It was previously expected that the effects of the excitation would travel across the gold nanocrystal at the speed of sound, but they were found to be much faster, i.e., supersonic.
The new images support theoretical models for light interaction with metals, where energy is first transferred to electrons, which are able to short-circuit the much slower motion of the atoms.
The team carried out the experiments at the SLAC National Accelerator Laboratory using a revolutionary X-ray laser called the “Linac Coherent Light Source.” The pulses of X-rays are extremely short (measured in femtoseconds, or quadrillionths of a second), meaning they are able to freeze all motion of the atoms in any sample, leaving only the electrons still moving.
However, the X-ray pulses are intense enough that the team was able to take single snapshots of the vibrations of the gold nanocrystals they were examining. The vibration was started with a short pulse of infrared light.
The vibrations were imaged a short time later in 3D using the coherent diffraction imaging methods pioneered in LCN by the Robinson group. The 3D movies reveal in exquisite detail the distortions taking place within the nanocrystal, with the fastest vibrations repeating every 90 picoseconds.
Professor Robinson, also from the LCN and the group leader, said: “This work represents an impressive example of teamwork by about a hundred people at SLAC. The SLAC linear accelerator was built in 1957 in direct response to the news of Sputnik.
“After compelling 50 years of sensational high energy physics, that machine has been refitted as a laser by the addition of a 100m long array of magnets. This 3km-sized machine produces a beam which is focused onto a crystal smaller than a micron in a pulse so short that all motion of its atoms is frozen still.”
Crystal Heart Psychics
Psychic readings, Psychic coaching, Psychic counselling
Where the heart matters

This site uses Akismet to reduce spam. Learn how your comment data is processed.