Our understanding of the nature and what makes up our universe, our planet and all life that exists on it has progressed a long way in the last few decades.

The major advances made in quantum physics have allowed scientists to be able to explain with greater accuracy what life is made up of and where everything came from and where it’s going. It does however take alot of faith to be able to comprehend what scientists now know as one of the fundamental truths of our universe.

For many years, scientists believed that everything in the known universe was made up of just two things. They were matter and energy. Everything we can see, hear, touch, smell and taste was believed to have been formed from a mass of atoms. Most people understand what an atom is and that it consists of a nucleus of protons, neutrons and electrons. The atom has been studied and scrutinised for many years in an attempt to understand what its entire makeup consisted of and why it is what it is.

With amazing test equipment recently made available to scientists to test the theories that surrounded this interaction between matter and energy, it was discovered that this belief was fundamentally wrong. It was discovered and is now fairly universally accepted that everything is not made of matter and energy, but that everything is purely energy. That means everything we can sense with our five senses is energy brought into form through the laws of physics.

But it goes further than that.
There are far more things that we humans can sense with the physical equipment we were born with. There are radio waves that we cannot see or hear, touch or sense in any way, electricity that we still do not understand fully, light waves that are invisible to our eyes and sound waves that are inaudible to our ears.

Just because we cannot sense these and other things, doesn’t mean they are not there!

That statement is pivotal to understanding this stuff. You have to accept that there are things that we know to exist that we cannot verify with the physical human equipment that we possess. But these things can be measured with sophisticated equipment that we can build and operate. Extremely high frequency sound can be measured even though we cannot hear it. Electricity can be monitored and we can see the results of it in electric lights or heater, but we cannot see or hear the electricity itself running through wires! We can certainly feel it if we are on the receiving end of an electrical shock!

Just as these frequencies that we cannot sense ourselves can be measured by sensitive instruments, so can something that we never believed could be measured before.

Imagine that! Now it is time to take a big leap of faith.
If you can comprehend the fact that a thought is a measurable entity, which it is, then a thought has some influence on its surroundings, just as a radio wave can be picked up by a suitable receiving station. Each thought vibrates at a certain frequency, just as a radio wave vibrates at a certain frequency. We can measure the vibration of radio waves and light waves and sound waves and we can also measure the frequency of thought waves.
We can create and control what we think about. It follows that if we can create and control out thoughts, then those thoughts can influence things. They can influence us and they can influence those around us. Not to the level where we can cause another person to become a slave to our will or where we can read another’s thoughts. But the influence is extremely subtle. Here’s an example:

You are walking down the street and find yourself thinking about someone you haven’t seen or heard from in a while. Then out of the blue, they call you or you get a letter or email from them. You put this down to coincidence, but is it?
Try this:

You are trying to remember someone’s name and it’s on the tip of your tongue, but the harder you try to remember it the more it eludes you. Then you stop thinking about it and get on with something else and all of a sudden you remember it without trying. How does that happen?

BetaÂ  12hz – 38hzÂ  The Beta state is characterised by being the wide awake state and are the dominate frequencies while we are in this state. Energy levels, concentration, alertness, attentiveness and emotional state can be improved by stimulating the brain using Beta frequency.

AlphaÂ  8hz – 12hzÂ  The Alpha state is characterised by being awake but relaxed. The brain in Alpha state is in the twilight dreamy world and is not processing much information. A person is in this state just before drifting off to sleep or waking in the morning. This is a very receptive mental state and is good for self-hypnosis, re-programming, accelerated learning etc.

ThetaÂ  3hz – 8hzÂ  The Theta state is characterised by extreme relaxation or light sleep. The Theta state is excellent for hypnosis, positive suggestion, positive imagery and much more.
How does a psychic work in all of this, as a psychic we are more sensitive and can tune into a persons energy field, with this we see what is going on around that person.

That is why a Psychic reading over the telephone can have just as much as an impact as a face to face reading. 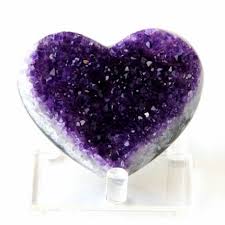 Amethyst is the stone of the new age, and seen in healing circles as an extremely powerful healing stone
It is the keeper of the purple ray and is linked to Archeal Zadkiel
Chakra’s: It links into the third eye (pineal gland) and Crown Chakra’s

On a mental and spiritual level
Amethyst is a powerful and protective stone. Â It guards against psychic attack, transmuting the energy into love and protecting the wearer from all types of harm, including geopathic or electromagnetic stress and ill wishes from others. Â Amethyst is a natural tranquiliser, it relieves stress and strain, soothes irritability, balances mood swings, dispels anger, rage, fear and anxiety. Â Alleviates sadness and grief, and dissolves negativity. 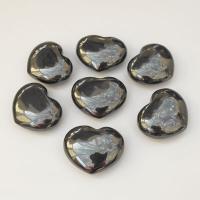 This is a effective stone for grounding and protecting, it harmonises mind, body and spirit.

It’s a stone for restoring chaos into order, it is a strong stone that assists with the removal of self limitations and aids expansion.

Hematite helps you to come to terms with mistakes and accept them as learning experiences.
It dissolves negative energy and prevents negative energies entering into the aura restoring peace and harmony into the body.

It is said to be a beneficial stone when dealing with legal situations.

It is also said to be a stone where it supports timid women, boosts self esteem, enhances willpower and survival.

It brings attention to unfulfilled desires that are driving life.
It helps to stimulate concentration and focus.
It also on a physical level aids the circulation system. 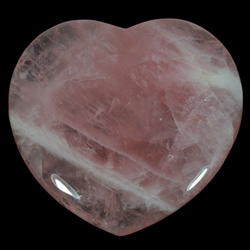 Rose quartz is the stone of unconditional love and infinite peace.

The reason we are called Crystal Hearts as whether it be physical or emotional we must look after our hearts and a heart is fragile just like a Crystal.

The colour pink is often associated with love and on a more spiritual meaning pink and green are the colour’s that belong to the heart chakra.

This stone teaches the true essence of love, it purifies and opens the heart on all levels, it brings a deep inner healing and self love and acceptance.

It is an excellent stone for use in a trauma or crisis.

If you want to attract love – this is the stone you should have by your bed or in the relationship corner of your home.

The relationship corner is the farthest most South West Corner of your home from the front door.
Rose quartz is good at drawing off negative energy and replaces it with loving vibes.
Emotionally rose quartz is excellent for releasing unexpressed emotions and heartache.
Happy Crystal Healing. 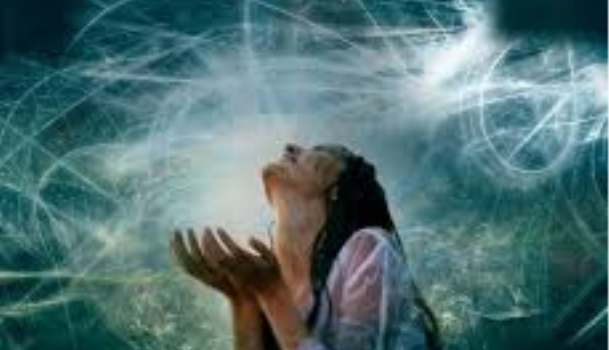 At Crystal Heart Psychics, we always try to blend spiritual with science so we can help you achieve a greater awareness of what is the skill set of a psychic.

It is believed by both Science and Spiritualists worldwide that the pineal gland in the human brain is waking up and as a human race we are evolving.

We can increase our perception by deep relaxation and mediation.

Exercise also helps release endorphins which in turn provides us with mood enhancement.

The pineal gland in the brain is responsible for the following functions.

Any healer will be able to tell you the seven chakraâ€™s of various worldwide energy healing systems. Please see previous blogs for information.

It is our believe at Crystal Heart Psychics that all living items have an electro magnetic energy field known in spiritual circles as an aura, as we develop our aura and clear our psychological barriers and influences we break away from negative thinking and we become lighter and brighter in ourselves as individuals, more energetic and more in tune with ourselves and our own intuition.Â

There are seven Chakras in our bodies (all covering the endocrine system) and the pineal gland is the 6th one, know as the ajna chakra. All of the chakras should be balanced for the optimal performance of the body and the mind. Pineal gland activation will help the 6th Chakra reach its potential, which includes clairvoyance, psychic abilities, imagination, and dreaming.

Besides increased psychic awareness, pineal gland activation will help the pineal gland, or the third eye, to act as a link between the physical world and the spiritual world. It has also been noted that the pineal gland which can be called the â€œgodâ€ gland/seat of the soul and is known by various studies as the part of the brain responsible for producing Near Death and out of body experiences.

If all these benefits sound like something you want to experience, the next step is to learn how to achieve pineal gland activation. The most important step in activating the pineal gland is to raise the frequency in the body. This can be done through meditation, visualization yoga, chanting, dancing, drum sounds, Tai Chi postures,Qigong positions, and using stereo grams. Any of these methods will open the third eye (the pineal gland) and help you to be able to see beyond the physical world. This process takes practice – with practice, you will be able to do this faster and more often.

Light is one of the stimulators for the pineal gland. You can do a mediation that includes a beam of light. One method is to close your eyes and focus all of your thoughts on the pineal gland (remember, it is in the middle of your brain). Send beams of light to the following locations, all in this order: your front side, the back of your head, to the left of you, to the right of you, straight up, and straight down. Breathe in deeply thought your nose, and then exhale through your mouth. Repeat all the steps several times before relaxing and opening your eyes.

Spiritual Emergence
Spiritual emergence is a natural capability of every human being – to emerge into their spiritual self, to emerge out of the sense of limitation as an individual into a more expanded sense of self, and that this kind of spiritual identity gives sacred underpinnings to a person’s life. 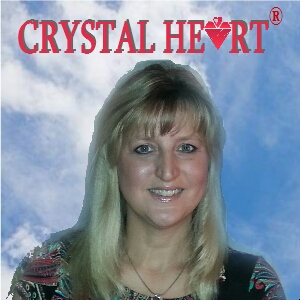